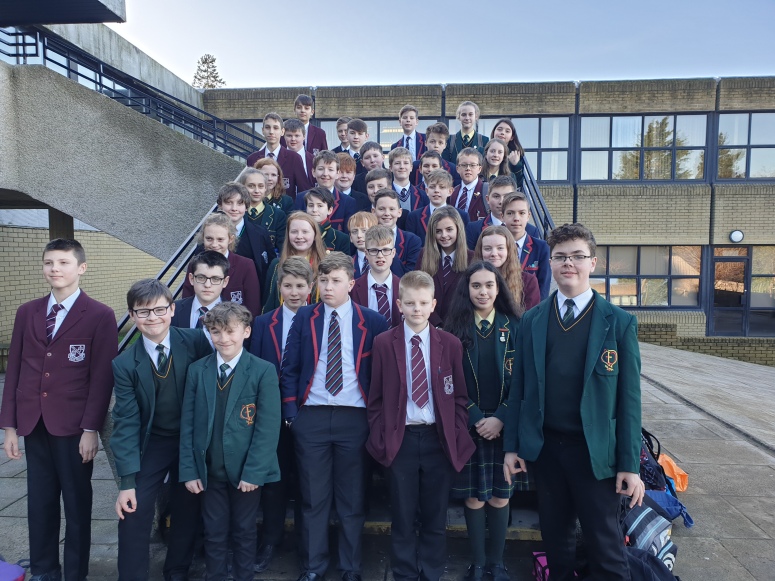 St. Patrick’s Grammar School hosted their annual coding event on Wednesday 6th February. Students from St. Patrick’s, The Royal, City of Armagh High and St Catherine’s had the opportunity to work together to learn the basics of computer programming and problem solving in a fun and interactive environment.

48 year 9 pupils (12 from each school) attended this event. The breakdown of the day was as following:

On arrival the year 9’s were split into groups with pupils from other schools. This was to maximise interaction and allow the opportunity to work with others. Although conversation was minimal to begin with, things picked up quickly and it was evident that friendships had formed with pupils happily working in their groups to solve the coding problems at hand.

As the day progressed new challenges were introduced and new programming skills were learnt. The feedback from the pupils involved was extremely positive. Many pupils explained that they had never used the BBC Microbit, Kodu Game Lab or Python before so they picked up new skills whilst meeting new people. Several pupils suggested furthering their skills by continuing to code at home using internet resources. Software Engineering was quickly becoming a career of choice for many involved!!

The enthusiasm shown by all was truly amazing so a huge well done to all involved! Shared Education was certainly on full flow throughout this event!!